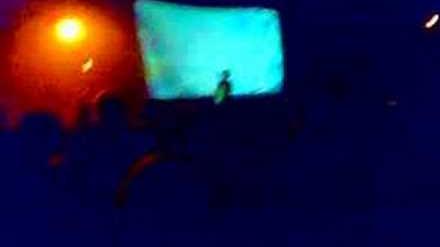 This year was a great success.... we organised a non stop event that started on Friday 5th at 22.00 and ended on Sunday 6th at 24.00... more than 7000 people attended the venue... apart from non-stop music from more than 35 bands, music selectors and performers we had information stalls with pro-legalisation material from all around Europe, cannabis books, comic exhibition from Yorgos / Canamo- Barcelona, on-going growing workshop and stall with hydroponic gear, many stalls with handicrafts, mystic pizza- with cannabis flower, continuous information from the libertarian rehabilitation center (member of ENCOD), a chai shop, jugglers, etc...

Considering the fact that during the same days was the realisation of the 4th ESF participation was great (more than double than last year) and many positive vibes... police was absent at all times and everybody was smiling... we tried to create an ephemeral creative free zone within Athens and we achieved it,

and because the Mayor came to shut down the music on Sunday due to our phat non-stop music and two bands did not manage to play, we decided to host a legalise cannabis after party on 10 of June in the Polytechnic school (see the attached poster) with the subtitle "like we would wait for one more year to party!"

The first legalize ganja event in Athens, Greece, in the framework of the Million Marijuana March became a reality on Saturday 7 of May 2005. The party started at 3 pm and finished at 3 am.

3000 happy faces declared singing that we are not ganja users like we are not users of fruits and vegetables. WE are consumers, and very critical and aware ones.

Our extravaGANJA gathered Greece's reggae scene for the first time all united. Live bands: One Drop, Locomondo, Atiko Minus, Soulfire.

We all agreed that this is the first step for a network of collectives and individuals asking for ganja freedom and a humane drug policy reform.

ONE LOVE!!! Next year stronger and more …