WeedWiki
Register
Don't have an account?
Sign In
Advertisement
in: Pages with some Wikipedia text, Canadian cannabis activists 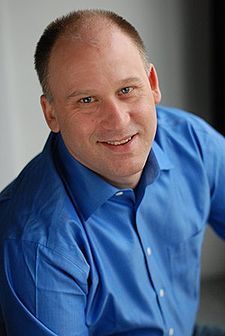 Larsen was the editor of Cannabis Culture magazine from its creation in 1994 until 2005, producing 54 issues with publisher Marc Emery, who now also serves as editor.[1]

After the 2001 election, Larsen became the Leader of the BC Marijuana Party.[6] In 2003, Larsen resigned from both Marijuana parties and joined the New Democratic Party.[7][8]

In 2005, Larsen founded a group called "End Prohibition, NDP Against the Drug War."[6][9] Larsen has since claimed that End Prohibition has been instrumental in passing drug-policy resolutions through the provincial NDP in British Columbia, Saskatchewan and Ontario.[10][11][12]

In 2006, Larsen co-founded the Vancouver Seed Bank,[13][14] a business which sells many seed varieties from their storefront and also across Canada by mail-order, including those for banned and controversial psychoactive plants such as marijuana, poppies, peyote and coca.[15]

In 2007, Larsen released a book called Hairy Pothead and the Marijuana Stone, a pot-laden Harry Potter parody published and distributed across North America by Cannabis Culture Magazine.[16] [17] He is also the author of the Pot Puzzle Fun Book, released in 2000,[18] the editor of Grow Like a Pro, a marijuana growing guide released in 2004,[19] and the creator of The Tokers Bowl Board Game.[20]

In 2008, he was the federal New Democratic Party candidate for the riding of West Vancouver—Sunshine Coast—Sea to Sky Country for the 2008 election, however, he resigned on September 17, after videos he had filmed for Pot-TV in 1999 were released to the media, which showed him taking LSD and smoking marijuana.[21][22]

In November 2008, Larsen announced the opening of the Vancouver Medicinal Cannabis Dispensary, located almost next door to the Vancouver Seed Bank. The Dispensary is operated by a non-profit society of which Larsen is a Director.[23][24] In July 2010, the Dispensary opened a second location, located in Vancouver's West End.[25]

Larsen also serves as a Director of The Always Growing Green Society, which in May 2010 opened the TAGGS Medicinal Cannabis Dispensary in Maple Ridge, BC.[26][27][28]

On August 11, 2009, Federal NDP Director Brad Lavigne revoked Dana Larsen's delegate credentials to the 2009 NDP convention in Halifax, under accusation of "vote buying" because Dana had allegedly made posts on the Internet months before, offering to help cover travel and lodging expenses for delegates who would support a resolution on cannabis and drug policy.[29] Dana stood outside the convention for three days with a sign which read, "I was banned from the NDP Convention. Ask me why."[30] He received significant media coverage, including the Canadian Press.[31]

On December 29, 2010, Larsen announced his candidacy for the leadership of the British Columbia NDP.[32][33]