The Netherlands is a small country in Western Europe, surrounded by the North Sea in the west and north, Belgium in the south, and Germany in the east. It has about 17 million inhabitants (October 2008)

Although the government resides in Den Haag, Amsterdam is the capital.

The official language is Dutch (Nederlands), although in the northern province Friesland, Fries (Frysian?) is spoken as their mother-language, Dutch being the language they learn in school.

Hashish and weed in The Netherlands[]

Cannabis has always been cultivated in The Netherlands for industrial purposes

In the 17th century, (the "Gold Century"), Amsterdam was the centre of East-Indian trade. There were shipyards all around the city and all these ships needed rope, sail and canvas (Cannabis => Canvas).

Since the end of the sixties of the 20th century, the Netherlands, and in particular its capital, Amsterdam, has been the icon of liberal cannabis policy.

Already in the fifties, hashish was brought to the artist and student scenes especially by (mostly American) Jazz musicians and their entourage. It was brought into the country mostly by ships to Rotterdam. 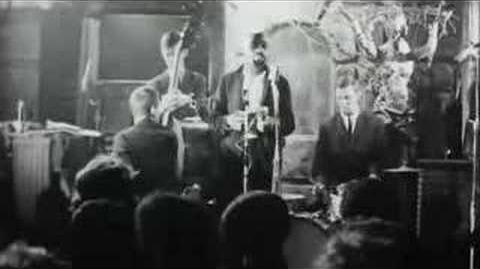 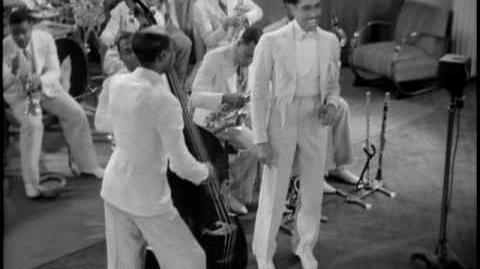 But it wasn't until the end of the sixties, when Amsterdam became the so-called "Magic centre of the world" for the hippies, that the use of hashish came out of the music cellars and backrooms into the streets (and parks).

Although legally grass/hashish was/is on the list of forbidden substances, the "Opiumwet" (Opium law), it has always been regarded as a "soft drug" ("hard drugs" being mainly Opium and its derivative heroin, cocaine, (meth-)amphetamines, LSD and later the designer drugs like XTC) and the use of it was tolerated. This meant that it was allowed to have an (unspecified) small amount for personal use, but it was forbidden to sell it or have sellers-quantity in your possession. It was allowed to grow a few plants for yourself in the garden or on the balcony and the use of grass was seen as a rather harmless pastime.

Due to the Dutch climate with cool and wet summers mostly, the homegrown grass was of poor quality, therefore it was very cheap compared to the import and often given away.

But everything changed with the introduction of professional high lumen lamps, normally used in the Dutch greenhouses for growing (sub)tropical fruit and flowers like orchids. The Dutch indoor-growing slowly became an industry of its own, starting with users that hung a lamp in a closet to harvest a few plants for their own use. But at the same time, cultivation became a technology that led to the most potent grass in the world (together with the Americans, of course, it is contested each year in the battle for the Cannabis Cup).

Meanwhile, because of the growing demand and other factors, (like wars in Afghanistan an Lebanon, and difficult smuggling and trade routes, plus without doubt the American "War on drugs"), the prices of hashish and marihuana (In Europe notably from Thailand, Colombia and Nigeria), went up, doubled, tripled and quadrupled. and the price of the "improved" homegrown rose with them.

So in the nineties of the twentieth century, the growing of grass became big business. With an investment of a 1000 Guilders (300 dollars), one could earn 20,000 in three or for months. This was an interesting prospect for young and old alike so the growshops bloomed. and the police started finding more and more house plantations.

But also there were many groups and individuals that started growing professionally, who because of the illegal status of their business had to protect they interests outside the law, thereby becoming criminal organisations. In Holland the situation is now (with an estimated trade of 2 billion Euro per year) comparable to the Prohibition of alcohol in the United States, which gave rise to th Mafia, with different gangs ripping each other off and killing each other in the streets. (See the list of liquidations in Amsterdam in the last twenty years, and especially the Willem Holleeder case).

The situation in Holland concerning marihuana is very diffuse at the moment and it's very hard to write something concrete. We have a Christian/left government now, that slowly is starting to put the pressure on to outlaw grass (and all substances they lay their eyes on. So now they prohibited every coffeeshop within a 250 meter range of any school. A ridiculous law, as they're making so many of these days (like the prohibition on smoking in bars). What happens is the following: first they tolerated people growing grass for personal use, and even encouraged it a bit, saying it would keep professional growers (mafia) away. But then about 5 years ago, they suddenly became very strict on home growing. They really started harassing the small growers, even giving permission to throw the people out of their homes if there were plants in them. So what happened was, that criminal gangs really started earning, and became much more violent, as the prices went up and the trade came more and more in the hands of "professional" criminal gangs.

So now the government is using the increased violence (extortions, punishments, rip offs, liquidations etcetera) as an excuse to restrict the sale and use of marihuana even more and put a ban on coffeeshops.

What they don't (want to) see, is that every restrictive measure they take will lead to more crime, more violence and less control over who sells what. The distinction we have in Holland between (the sale of) soft drugs and hard drugs like heroin will vanish this way, and marihuana will becoma once again one item in the packages of street dealers, without any control over what they're selling.

This is all a very bad development. Hopefully the 2010 elections will bring a change, but if it will be one for the better is anyone's guess.

The only way to solve the increasing problems, that are caused entirely and solely by the law on marihuana (War on Drugs), is to legalize it. Legalize it and the people would be happy, causing nobody any trouble and Holland would profit a great deal, not in the least place the government, that would earn a fortune on taxes.

But the government is at the moment making so many new and stupid laws, that they are ruining the country Holland once was. It's a bloody shame and my heart is breaking, because the restrictions on marihuana are just one of the many restrictions they are putting on the people here, the freedom of speech and the enormous breaches of the people's privacy are just another two examples.

The situation is as follows: The Dutch government has been acting very cowardly for the last 40 yars on this issue. Knowing full well that marihuana has beneficial effects and the negative effects have been greatly exaggerated, and seeing that so many people use it, to their benefits, they never wanted to legalize it or prohibit the use. They couldn't prohibit it, because of the voters they would loose and they couldn't legalize it out of fear for the USA and France. So they acted like the three monkeys: see nothing, hear nothing and say nothing. Now in the last few years thy are trying in a sneaky way to put the thumbscrews on and influence public opinion against the killer drug marihuana. They can't prove that the use is harmful, because a thousand medical studies say it is not so, so they have to find back doors to restrict it. All because of pressure from the EU and the USA. it's a shame. We have cowards as leaders. This now shows in every action they are taking on any subject. and when it's too late, they act and worsen the troubles. In Holland is a saying: soft [cowardly] doctors make stinking wounds. That's our government in a nutshell. But their (non) actions will turn against them and if things don't change in the near future, we're heading for some REAL troubles. Sorry for this rant. I had to get it off my chest. :p D. G. Neree 14:38, 15 March 2009 (UTC)

Tell us your stories about the Netherlands.